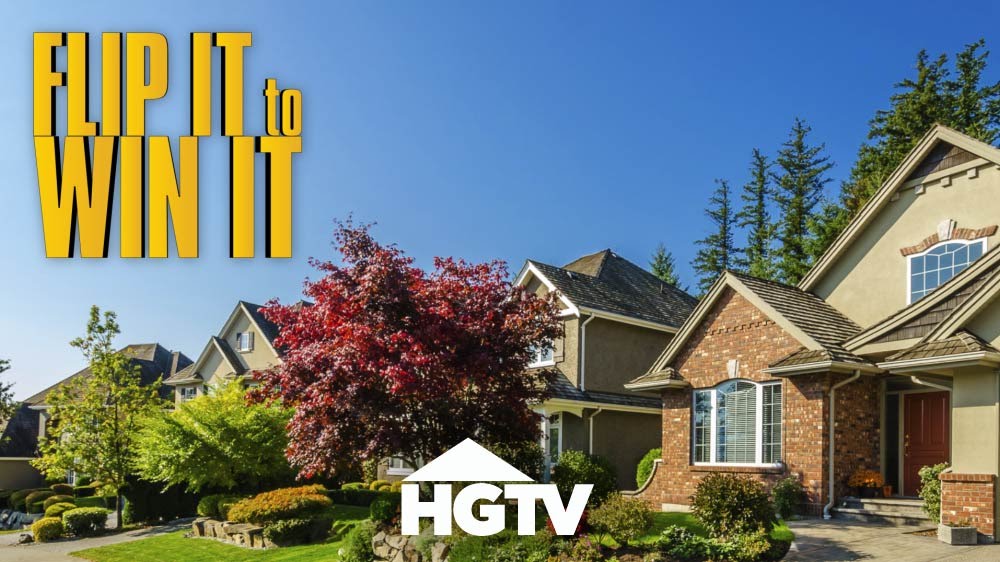 As a long-time resident and local Realtor, I was enormously excited to see HGTV base their latest house flipping show “Flip It to Win It” in Silicon Valley.  While the rest of the country knows this area as the home of tech giants and office parks, this is the first time that any flipping show showcased the Bay Area outside San Francisco.  I very much welcomed this opportunity to showcase the Bay Area as one of the best places to live in the world.

After watching a couple of episodes, however, I was quickly disappointed and realized that like all reality shows, “Flip It to Win It” is very heavy on the “show” element and light on “reality”.  The show features six 2-person teams, including a couple of well-known flippers in the Bay Area.  Each episode typically shows three flip projects scattered around the South Bay.  The show tells you the street name and the city of these projects, usually in locations that are very desirable for the average homeowner.

Since I flip houses with my clients, I was naturally very curious about checking out these projects.  Right away, something was off, since I did not recognize any of the street names they mentioned.  Maybe the show wanted to protect the privacy of the sellers and buyers.  I’m fine with that.  Still, as some of the featured properties were literally around my backyard, I did not recognize the home styles or streets.  What really tipped me off was the show’s purchase of a $300K country home on well-water in Sunnyvale.  For locals, that verged on insulting.  There is literally nothing available for $300K in Sunnyvale and certainly no two-acre country homes in a high-density urban city like Sunnyvale.  The median price of Sunnyvale homes is $850K and even the shabbiest lot will set you back $650K, if you can even find one.

After a quick check of property records, I found the real addresses of all the properties.  The Sunnyvale country house actually turned out to be in Concord.  That is a world away from Sunnyvale and is extremely misleading.  It does a real disservice to the TV audience and all local Realtors.  The last thing I want is to have an eager buyer come to me after watching the show and demand that I find him a similar house in Sunnyvale for $300K.

The show begins every episode with the teams supposedly scouting out properties in the morning, minutes before the 10am courthouse auction.  They check out the houses in a rush, guess at the condition from the outside, and risk trespassing into garages or backyards just to gain a little insight.  They often run into other teams.  Then at the steps of the courthouse, which looks like the one in downtown San Jose, they vigorously bid against each other.  A lot of drama ensues and makes for good television.  But it’s almost all fake.

The first giveaway is when the auctioneer uses the fake street names given in the show.  If it were a real trustee sale, the real street names have to be used.  Second giveaway is that properties from different counties are sold at the same auction.  This is completely wrong.  Trustee sales are done by county and take place within that county.  In fact, upon double-checking the public records and MLS listings, I found none of the houses were bought at auction, even though it’s actually very feasible to do so.  These were all regular purchases through the MLS, probably obtained through a wholeseller.  The scurry to check out houses before the auction, the bidding war, and the drama from the auction are all staged, just made for television.  The reality is that the South Bay housing market is so hot and homeowners have so much equity that we hardly have any foreclosures or financially distressed homes.

While the show’s purchase prices, the lengths of the projects, and the costs of renovation are generally correct, the most glaring issue comes at the end, when the show runs down the final sale prices of the projects and the profit on the flips.  The claimed sale prices are actually list prices, not closed sale prices.  In several cases, the houses had price reductions, sold at $50K to $100K below the list price.  Then the show does a grossly over-simplistic calculation to determine the profit on the flip, like other reality shows.  They just subtract the purchase price and renovation cost from the inflated sale price and claim that is the profit.  That is miles from the truth.

In every real estate transaction, there are closing costs like commissions for listing and selling agents, escrow fees, title insurance, county and/or city transfer tax, recording fees, appraisals, notary, etc.  In Santa Clara County, those costs add up to around 6-7%.  On top of that, there is a carrying cost for the duration of the renovation, like property insurance, loan interest, utilities, etc.  Many of these flippers depend on private lenders for their purchase money and operating fund, paying upwards of 10-15% in interest and points.  That steep interest expense quickly eats up their profits even if the project is only 3 months end-to-end, a lightning fast turn-around.  Factoring in all the closing and carrying costs, I found that only one in five of the projects in the show actually made any money.  The rest barely broke even or lost money, sometime significant amounts.

As mentioned, some teams in the show are prominent flippers in the area.  They have to make money to sustain their businesses.  But the projects they do on TV are definitely not making money for them.  In the end, I am disappointed that the show sacrificed almost all the truth for sake of entertainment.  The reality is that house flipping is not anywhere as easy as the show may have you think.  Just like the old saying – don’t believe everything you see on TV.  There is a lot of money to be made in real estate, just not the way you see on the show.

Update: December 2014 – The piper came calling for the show as the ugly truth emerged about the star of the show, Todd Hill.  “Flip It to Win It” has been cancelled as a lawsuit has been filed by the main financial backer alleging misappropriation of $6 million in funds.  While Todd Hill makes you think that flipping is easy money, the reality is that his projects lost money.  Even his long-time partner felt cheated.  If it looks too good, especially on TV, it probably is.

For examples of profitable projects by Archers Homes, please contact us.