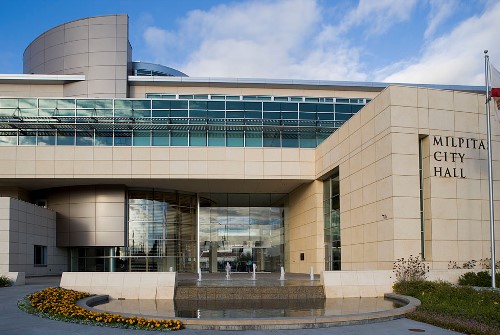 While the definition of a starter home is largely the same across the country, the prices of those starter homes vary dramatically.  In the South Bay Area, first time homebuyers tend to look for modest 3-bedroom, 2-bathroom ranch homes with about 1400 square feet of space in average to good school districts.  However, even with generous budgets of $850K, which can get you a mansion in much of the country, these homebuyers find themselves priced out or crushed by cash buyers.  Even modest looking homes in top school districts often go for $1M and up.  Hence, many homebuyers are now discovering the great hidden bargain of living in Milpitas and calling it home.

Milpitas is a little city by the foothills of the Calaveras Mountain, just north of San Jose.  With a population of 68,000, smaller than Mountain View, Sunnyvale or Santa Clara, its claim to fame had been the Great Mall located off Highway 880 and Great Mall Parkway.  The Great Mall started as a low-end outlet mall.  But, in the past 5 years, many high-end shops such as BCBG, Coach and Neiman Marcus Last Call, moved into the mall and has become a major shopping destination in the Bay Area, especially during holidays.  As the image of the Great Mall improved, so has the image of Milpitas.

Today, what really attracts first time homebuyers is the excellent value that Milpitas offers with its affordable homes and good schools.  The median price of a home in Milpitas is only $685K, right around the median for the entire Santa Clara County.  It’s far lower than the median prices of Mountain View, Sunnyvale, and Cupertino, and over a million dollars lower than that of Palo Alto.  Meanwhile, the Milpitas elementary union and high school have steadily improved in recent years to be comparable to Sunnyvale and is closing the gap with Evergreen.

In addition, there is not one but two game changers coming to Milpitas. The first is the new BART station being built by the Great Mall on Montague Expressway and Capitol.  For a discussion on the positive impact of new BART station, check out this blog post.  The second is the re-development along McCandless Drive between Great Mall Parkway and Montague Expressway.  Called “The District”, the planned development will build over 1700 townhomes and condos, together with commercial and retail space, a new city park, school, and possibly a Whole Foods.  This is one of the largest re-development plans in the South Bay at the moment.  It’s already attracting a lot of young families and high-income young professionals into the city of Milpitas.  It is a development concept similar to Rivermark in Santa Clara and we can see how it became a very desirable neighborhood with all the new homes.

If you are in the market for a home, give Milpitas a closer look, especially The District.  The neighborhood is popular with first time homebuyers and has the potential to emerge as a high end neighborhood.  Take South Sunnyvale for example.  Entry level homes were selling for $700K back in 2008 and was highly sought after by homebuyers.  In today’s recovery, its reputation and momentum continues to build, quickly surpassing the $1.5M mark.

Like every city, some neighborhoods in Milpitas are more desirable than others and will give you better return.  This applies down to specific projects of a neighborhood and even the specific plan in the project.  If you need help in selecting the best property for your need, just drop a note below or feel free to contact me.