The US Housing Bust Starts to Heal Itself 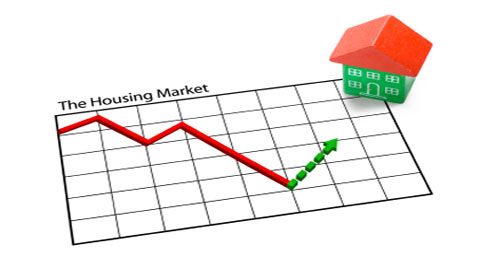 Four solid years into a historic housing bust, it’s become patently obvious and even fashionable to be pessimistic about the health of the US housing market.  Since 2006, I’ve been comfortably sitting in that camp, along with a growing number of fellow campers.  Yet, notwithstanding the perennial cheerleading of the National Association of Realtors (NAR), there are real signs of life emerging out of the carnage.  And, as any good investor knows, it pays big to look for the signs that gets you just a few steps ahead of the crowds.One of the main reasons that we may be coming out of the housing doldrums soon is also the same reason we got into the bubble in the first place — our efficient capitalist system.

When housing boomed in the early 2000s, builders responded by increasing output.  As demand seemed to increase without end, builders cautiously increased their output — many were only recently chastised in the late 1980s building bust.  According to the US Census Bureau, the increased output weren’t much above the long-term 45 year average, including today’s market.  But, when the housing market started to turn, builders responded immediately.  Construction output collapsed, dropping to just about a quarter of the peak construction years.  The drop over the past four years has been so dramatic that it wiped out the above average housing output of the eight years prior.  We are now seeing new construction volumes last seen in the 1940s when the US population was less than half our current size.

As a result, what we’re seeing today is a strong uptick in demand for the relatively few new housing units being built.  Still, builders are staying prudent as a matter of self-preservation.  They are no longer making gambles in far away exurbs barely commutable in an hour.  New construction tends to concentrate near city centers where the remaining good jobs are.  In addition, builders have adjusted their cost structure with a combination of cheaper labor and materials to make sure they can price their homes competitively against existing inventory, some of which are financially distressed and discounted.  This means the homes being built today are sensibly priced, making them very attractive when compared to similarly priced but much older inventory.  In a very real sense, buyers of new homes don’t need to worry about the overhang of “shadow” inventory, since none of that inventory will ever be comparable to a new home.

Otherwise, on the supply side, a few investment-minded buyers are picking up financially distressed homes and renovating them for either a bargain home or an investment gain.  While often maligned as bottom-feeders, these people are making a genuine effort to preserve both neighborhoods and the stability of the housing market.  But, with so many repossessed homes on banks’ books, large numbers of homes will inevitably be lost to sheer neglect and be torn down rather than repaired, reducing the available housing stock for years.  Unfortunately, since the majority of residential mortgages are effectively backed by a government-sponsored enterprise (GSE) like Fannie Mae and Freddie Mac, there are still millions of homes stagnating on their books and we as tax-payers remain on the hook for those losses.  Last quarter alone, Fannie Mae took another $7.6 billion dollar loss.

Meanwhile, demand remains too weak on a national level to drive a recovery in prices.  Persistent high unemployment, particularly amongst young adults of typical household formation age, has led more people to live together to share the burden of housing costs.  Current estimates suggest there are over 1.5 million young adults living at home who would have normally purchased new homes for themselves.  While this stop-gap solution has been tolerated in difficult economic times, it’s not sustainable long-term.  Soon, these young adults will want to form their own families and shape their own lives, which can best be satisfied with their own homes.  We are already seeing signs of that trend with the recent spike in rental rates.

have returned to the financing standards set prior to the last housing boom, prospective home buyers are being constrained by a tightening of credit.  While a difficult process of adjustment, this is actually a healthy trend for the housing market in the long-term.  Despite the misguided protests of the NAR, our country is better served with a disciplined population of savers than profligate consumers who must have easy credit to buy.

Soon, all of these trends, along with many others, will converge into a pronounced housing recovery.  The extremely low rates of new construction and continued deterioration of existing housing stock is correcting for any prior excesses and limiting the availability of housing.  We’re currently running about 1-1.5 million units below average each year.  At the same time, our population is still growing with millions of young adults looking to move out of their parents’ homes.  Fortunately, they’ll find themselves able to afford homes even with tighten credit standards as they are now able to save much faster by living at home than traditionally paying for rent.  In a few years, builders will find themselves having to once again build above average numbers of homes to meet demand for 4-6 million new households, while those with homes or investment properties today will see prices rebound to record new highs.  When this will happen, 2014 is my call.